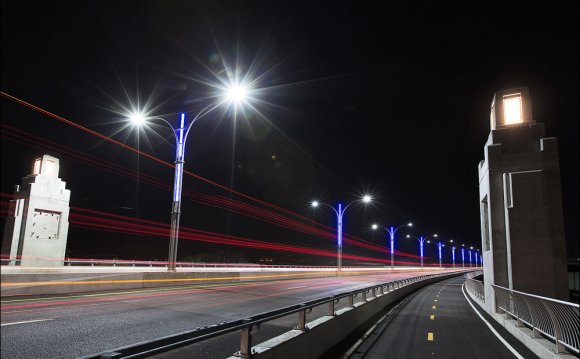 The Ho Chi Minh Road is fast becoming famous as one of the most scenic routes for a motorbike trip in Asia. To date (2014) the vast majority of the highway between Hanoi in the north and Saigon (Ho Chi Minh City) in the south has been completed. Over 1, 700km (more than 1, 000 miles) of well-made, paved road cuts through some spectacular landscape. The best scenery can be found along the central section, where a landscape of endless limestone mountains, covered in a thick fleece of tropical rainforest and dissected by clear blue rivers, stretches to the horizon. This 900km section is the highlight of the entire highway; if you only ride one bit of the Ho Chi Minh Road, make sure it’s this one. Below is to this fantastic road trip. 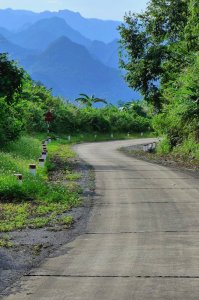 The Ho Chi Minh Road (not to be confused with the Ho Chi Minh Trail, most of which is in Laos) runs along the mountainous ‘spine’ of Vietnam, the Trường Sơn Mountain Range. Eventually the road will stretch from Vietnam’s northern border with China, to the southernmost tip of the country, in the Gulf of Thailand, bringing its total length to 3, 167km (nearly 2, 000 miles). Today the road is a quiet, two-lane highway, but by 2020 it will be an eight-lane giant. For now, this is a well-made, easily accessible route, which sees very little traffic compared to the other major north-south road, Highway 1. Some of the landscape is superb. But, it’s not all sublime; some stretches lasting hours pass along dull, monotonous, over-farmed plateaus and plains. If you only want to see the very best that the Ho Chi Minh Road has to offer, start from Kon Tum and head north all the way to Phố Châu: 900km of meandering mountain road through jaw-dropping highland scenery. This is one of the best rides in Vietnam. 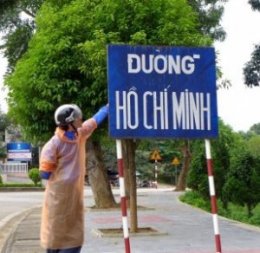 I’ve written this guide in 5 sections, from south to north; each section corresponds to one day on the road:

Kon Tum is the capital of Kon Tum Province in Vietnam’s Central Highlands. It’s a quiet town with a relatively cool mountain climate. Spend a day and a night here at Thịnh Vượng Hotel (16 Nguyễn Trãi; + 729; $10) to see some of the sights, before hitting the road the next morning. The Ho Chi Minh Road is also Kon Tum’s high-street. Head northwest towards Đắk Tô. The first hour is along a dead-straight ribbon of asphalt that bisects the Kon Tum Plateau; silhouettes of high mountains loom on the horizon. The area around Đắk Tô was the scene of some of the fiercest battles of the ‘American War’ (as the Vietnam War is referred to here). The surrounding countryside still bears the scars of all the bombs and defoliants that were dropped on the hills and forests here, more than 40 years ago. A few kilometres after passing Đắk Tô look out for an old US landing strip just to the left (south) of the road. The long stretch of tarmac is still just about visible through the fields of cassava that have grown up around it; today the landing strip is used by farmers to dry their crops on.

Note: At Đak Tô the Ho Chi Minh Road makes a sharp turn to the left (west) that’s quite easy to miss if you’re not careful. 20km later, there’s another sharp turn to the right (north) at Ngọc Hồi: if you take the wrong turn here you’ll quickly end up at either the Cambodian or Lao border! 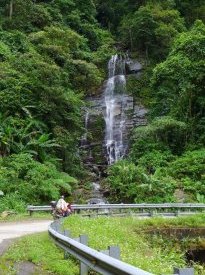 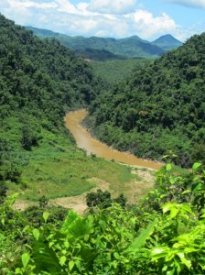 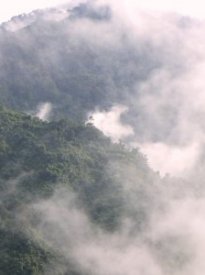 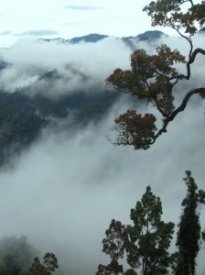