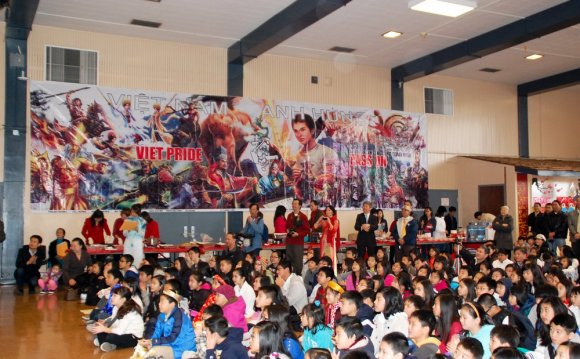 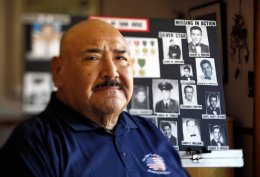 Frank Lopez Sr., a decorated Marine whose nightmares from the Vietnam War led him to launch a drive for a memorial honoring other San Jose servicemen who provided their everyday lives into the dispute, passed away Nov. 24 of diseases stemming from exposure to Agent Orange, the poisonous battlefield herbicide. He had been 64.His son, Frank, confirmed the death.

The polished black granite memorial, modeled after the preferred Vietnam War monument in Washington, D.C., is under building at a downtown San Jose park. It will probably keep the names regarding the 144 San Jose servicemen which passed away during the war.

"War is bad, but even worse is forgetting their brands, " Lopez said in 2010 when you look at the San Jose Mercury Information.

The San Jose indigenous served in Vietnam in 1967 and 1968, assigned to an unique Marine device charged with protecting Southern Vietnamese villages from attack. He grew close to the villagers, discovered to speak Vietnamese and consumed liquid from village wells, which, unidentified to him and his other Marines, was contaminated with Agent Orange, employed by the military to clear swaths of forest and grasslands.

On Jan. 7, 1968, the town he had been protecting, Nguc Noc, had been overrun by North Vietnamese Army regulars. When Marines recaptured the town several bloody months later, Lopez needed to decide just who among the list of wounded villagers could be saved and who was simply beyond help.

"I was just 19 and truth be told there I became performing triage, " he recalled.

Back, he married, began a family group and worked at a factory. He had been suffering from nightmares of this war, nonetheless they gradually faded. He graduated from San Jose State and became a higher school instructor and mentor.

In belated 1990s, when he began teaching immigrant Vietnamese students, the nightmares came back. Three years after their final trip of duty in Vietnam, in which he was awarded a Purple Heart and two Bronze movie stars, he had been clinically determined to have post-traumatic stress disorder and began treatment.

During treatment sessions with other Vietnam vets, Lopez learned that San Jose, unlike various other Silicon Valley communities, had no memorial because of its fallen veterans. In 2006 he started obtaining the brands of San Jose servicemen who had died through the war and recruited other San Jose veterans to simply help. They founded a nonprofit organization, the San Jose Vietnam War Memorial Foundation.

"he had been the true determination for people, " said Dennis Fernandez, the team's president. "He believed we have to continue the method no matter how numerous setbacks might arrive."

Even though team continues to be increasing cash for building and maintenance, the task was authorized in May by the San Jose City Council and may be committed by after that summer.

He retired from teaching and coaching at San Jose large schools in 2004. This season, when his wellness deteriorated, he stepped down as president of the war memorial foundation.