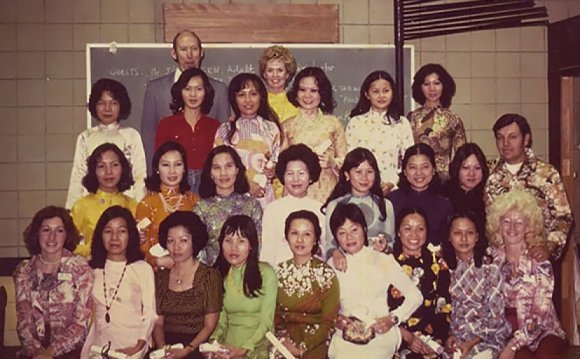 Nguyễn Phương on the Origins of the Vietnamese Nation

Nguyễn Phương was a Catholic priest and historian who worked at the University of Hue in the 1960s. In 1965 he published a book entitled Việt Nam thời khai sinh [Vietnam at the Time of its Birth] (Huế: Phòng Nghiên Cứu Sử, Viện Đại Học Huế, 1965).

Many of the chapters in this book had been published individually in journals over the proceeding years, so the contents of this book were probably not a surprise to many readers when the book was finally published. Reading it today, however, it is quite surprising to see what Nguyễn Phương had to say, particularly regarding the origins of the Vietnamese people.

While Nguyễn Phương recognized that people began living in the Red River Delta in distant antiquity, and while he acknowledged that the Trưng sisters had fought to protect their freedom, none of these people, he argued, were the ancestors of the Vietnamese.

The only thing they held in common with the Vietnamese, he contended, was that they had lived before the Vietnamese on the land which would eventually become Vietnam.

Who then were the Vietnamese?

After examining the views of traditional literati and of French scholars from the first half of the twentieth century, Nguyễn Phương argues that the Vietnamese are Chinese who emigrated into the region during the 1, 000 years of Chinese rule (dân Việt Nam là người Trung Quốc di cư sang trong thời Bắc thuộc).

There are a lot of details to Nguyễn Phương’s argument which I don’t have time to discuss now, but I thought I’d put the relevant chapter from his book here, as it is not very well known, nor is it easily available.

I don’t agree with Nguyễn Phương’s argument. Those who say that the Vietnamese nation was formed in antiquity and survived through 1, 000 years of Chinese rule constitute one extreme. Nguyễn Phương’s idea that the “Vietnamese” are “Chinese” who migrated into the area is the opposite extreme.

The reality was somewhere in between these two extremes. The Vietnamese nation was formed through the contact and interactions of different peoples. How and when exactly that happened, however, has yet to be clearly explained.